If you use your Windows computer intensively, you can hardly avoid it, including good protection software. Because hackers preferred to target this operating system. Because attacks on the operating system by Mac computers are rather rare, there is consequently a far smaller number of protection programs.

One of the best known - at least as far as the presence in advertisements is concerned - should probably MacKeeper be. But because the pop-up ads that keep popping up on the Internet are relatively aggressive and are intended to encourage the user to buy a full version, some users ask, not entirely wrongly: How trustworthy is the provider and how serious is the offer? Because the program in German is associated with costs of around 60 euros, which is not exactly cheap.

While it is for Windows and Android There are some clean-up programs, but the selection is a bit smaller for Apple products.

MacKeeper is a protection program that users can use to protect themselves Clean Mac and can remove files that are no longer needed. So a so-called Tuning software. First of all, the user can download the program for free, but he does not get the full version, but a version with a limited range of functions.

After the download, the user can start the tool, whereupon the computer is scanned and the user sends a so-called Expert scan gets. However, the user always receives the assessment that the state of the operating system is serious, as a MacKeeper scan has shown.

The user will then go directly to the MacKeeper Login forwarded. This also applies if the operating system has just been installed and no virus or other MacKeeper malware has had the chance to establish itself on the hard drive.

The reason for this is simple: the provider wants scare the userto encourage him to buy the full version that can fix the alleged bugs and damage.

In addition, it keeps repeating during the scan advertisements be displayed. It also advertises special offers, some of which have the functions of the full version. Many users who have taken a test therefore advise against downloading and installing the program. Not least because there is also the risk of unwanted software or malware ending up on the computer, according to experience.

How do I uninstall MacKeeper?

If you still want to do a MacKeeper Trial to test whether MacKeeper is good when it comes to cleaning your Mac MacKeeper, you can also uninstall the tool afterwards. However, he has to pay attention to a few things and should proceed in the following steps:

Step 1: First the user closes the program and puts it in the trash. To do this, he has to open the Finder, where he can find MacKeeper in the "Applications" section.

Step 2: A dialog window now opens. Here the user clicks on "uninstall MacKeeper" to delete the program from the hard drive.

Step 3: After the deinstallation has been completed, there are still remnants of the program on the computer that must be removed by hand. To do this, he must also call up the Finder menu and go to "Go> Go to folder", where he will find the "Application Support" folder that he needs for this.

Step 4: The user then deletes the “MacKeeper Helper” subfolder.

It is also advisable to use the Delete cookies. The reason: Then the user will no longer receive any pop-ups from the tool.

To the test winner among the tuning software providers 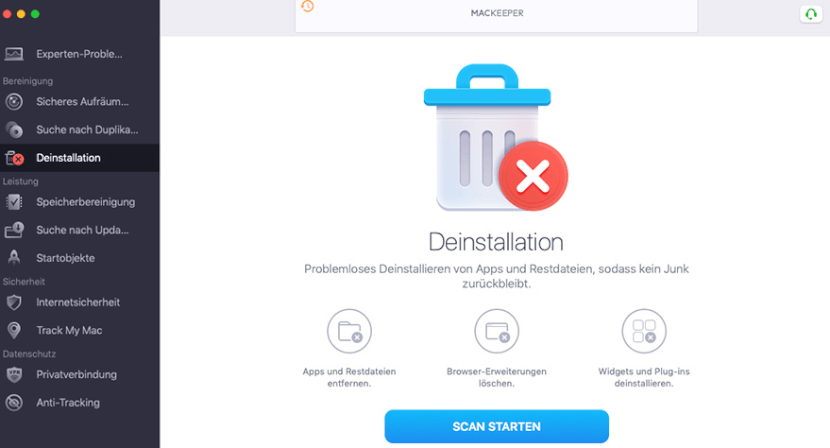 Cleaning the Mac - what does it mean by that?

Right after reinstalling the operating system, the program showed several moderate and major bugs down. On closer inspection, however, these are not errors. The files that the tool calls "junk files" are, for example, the cache, logs, language files and programs.

Mac users usually install their programs using drag & drop, which is why they can be removed just as easily via the trash. If a program has been uninstalled, there is no need to clean it up again the Mac does not have a registry has.

If files are actually left behind, they simply remain and therefore cannot cause any damage. If a program was installed via an installer, it usually also has an uninstaller with which the program can be easily uninstalled.

And users should keep their hands off the other functions that MacKeeper offers. Because these are either already available on the Mac or you Use is rather doubtful.

In terms of security, MacKeeper differentiates between the Internet security and theft protection. If a Mac has been stolen, it can be located using the anti-theft device. 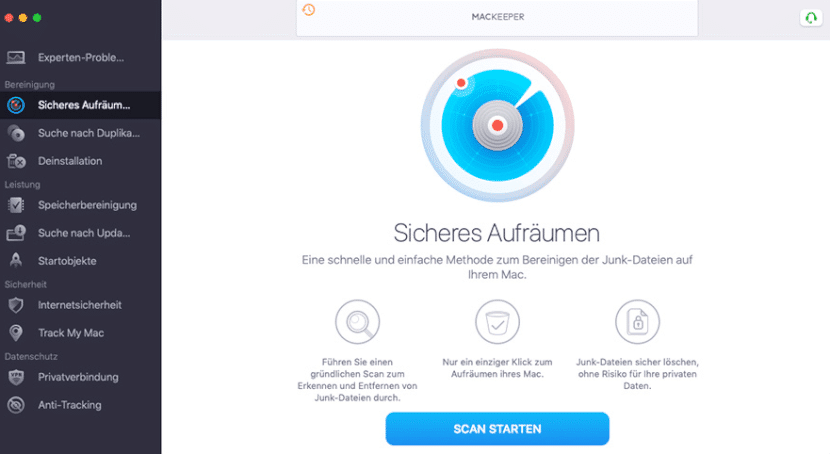 So that the user can activate the security functions, he needs the Full version of the program. The same applies if he wants to achieve an excellent system status for his computer.

This program is total anything but recommendable. Because the overall presentation is designed to encourage the user to buy the full version.

The manufacturer relies on numerous certificates from well-known partner companies to demonstrate trust and reliability. But viewed more closely, that is also more appearance than being. Because there are certificates from Apple against payment And anyone who advertises on Google can call themselves a Google partner.

We recommend reputable software instead of MacKeeper Avast Cleanup to put.

The provider Avast has his renowned cleanup program Also specially designed for macOS, so that you do not have to be satisfied with a version that is actually tailored to Windows and can reliably and completely remove data residues and resource-blocking fragments from your iMac or Macbook.

To the Avast Cleanup homepage