Apple just released iOS 14.2. The update contains some cool new features for the operating system. But let's start with the basics first.

The new iOS 14.2 update contains an extensive list of 24 security updates. Some of the troubleshooter issues are serious and seem to be already being exploited. It is therefore recommended that your iPhone update as soon as possible.

The biggest security issues fixed in iOS 14.2 include three vulnerabilities that Project Zero says are already being exploited by Google's ethical hackers. The first is CVE-2020-27930 - an issue in FontParser that could allow attackers to execute code remotely. Apple says it is "known to have an exploit for this issue."

This means that an attacker is already taking advantage of this vulnerability to successfully attack Apple users.

Another problem in the kernel, CVE-2020-27950 means that a malicious application can expose the kernel memory. Apple is again aware of reports that this issue is already being exploited. At the same time, another kernel issue fixed in iOS 14.2 called CVE-2020-27932 could allow a malicious app to execute code with kernel permissions. Apple was already aware of this problem as well.

Why you should install the security update for iOS 14.2 now

How concerned should you be? It is unknown how actively these vulnerabilities are being exploited and whether they are targeted only at specific individuals or the wider iPhone user base. After all, it wouldn't make sense to share further details until all of theirs iPhones and iPads updated to iOS 14.2.

Sean Wright, director of security for SMB applications at Immersive Labs, says the vulnerability in FontParser is "very worrying." However, he says: "There are few details, so it is unclear how high the risk can be."

Regarding the kernel vulnerability, Wright says, “It is unclear how freely this is, but this is perhaps the most worrying thing. The ability to read data and execute code within the kernel is as bad as it gets. Because the kernel is essentially the heart of the operating system. However, it seems that the user needs to install a malicious application in order for this exploit to take place. "

So there you have it. No panic! But make sure to update your iPhone to iOS 14.2 ASAP. In addition, only install apps through the Apple App Store so as not to be surprised by malicious applications.

Apple's iOS 14 also offers a number of cool new features. Arguably the most important new feature for many, however, is possibly the dozen of new emoji that are available now. These include a ninja, a transgender Pride flag, a coin, bubble tea, a dodo, a piñata, a tamale and much more.

It also brings the new "pinched finger" emoji already known as the "frustrated Italian hand gesture" emoji as an Internet meme. Check out the list at Emojipedia for the full catalog of the new emoji added in the update. 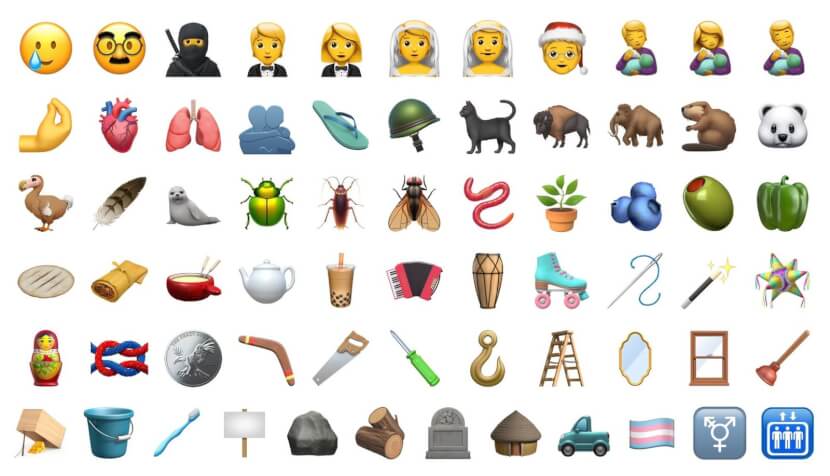 The update adds several key features to Apple's HomePod products (just in time for the HomePod mini), including the new intercom feature that Apple has announced alongside the HomePod mini. The new update also enables a HomePod speaker to be connected to an Apple TV 4K for stereo, surround and Dolby Atmos sound. what are you waiting for?