Not only private individuals, but also companies are increasingly relying on digital services when it comes to managing and processing internal data. Many of these services can be encrypted with passwords to prevent unauthorized persons from accessing the often sensitive data. All the more important is a extensive protection through a password manager solution. After all, the Internet has long since become a playground for criminal elements trying to get at the data.

Similar to a VPN, a password manager also helps users to navigate the Internet safely. As a result, there are now a large number of providers who have discovered the attractive market for computer security and offer appropriate solutions. The provider NordVPN has now offered a password manager as a standalone variant: the Nordpass password manager. But does this application also meet user expectations?

North Pass - What is it?

The North Pass is one Password manager from the house NordVPN. This is available in the form of a browser extension for Edge, Firefox, Chrome and Opera. Mobile versions of the program are available for the iOS and Android operating systems.

The user interface and ease of use of Nordpass

The complete management of the passwords is done at Nordpass in the browser done. That is why the user interface is divided into a browser extension and the actual web dashboard.

The web dashboard at Nordpass 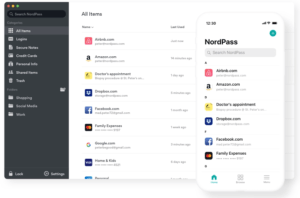 If the user wants to switch to the Nordpass web dashboard, he must click on the settings in the Nordpass extension and the item "Open fullscreen" choose. This is where the vault is located, in which all data is located. This safe is divided into different categories:

The following functions are possible in the Nordpass safe:

The browser extension from Nordpass

Apart from the recycle bin, the browser extension contains the same categories for the data records. In addition, the user can access the North Pass via the settings Password generator. A search function is not missing here either. If the user adds a new data record by clicking on "Add Item", he will automatically switch to the web dashboard. The address of the currently accessed page is already in the list there.

Some users may miss a desktop version and perceive the comparatively few features that Nordpass has to offer as a weakness. However, there is nothing wrong with the user interface.

In the north pass the user finds all important featuresthat a password manager needs to manage logins and other records. The Nordpass password generator helps the user to select passwords at the highest security level. The user can choose both the length and which character sets the passwords should be composed of.

Does the user use the automatic recognition the application makes creating passwords even easier. Because as soon as a user registers on a page, the password column is automatically recognized. The user must now click on it so that a generated password appears, which is inserted with one click. As soon as the registration is completed, another window will open. Here the user can save the login in his password manager. 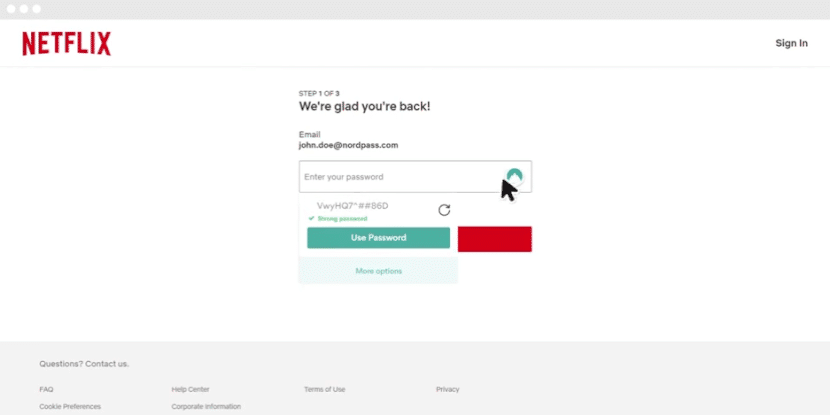 The Autofill functions from Nordpass prove to be very reliable, so the experience in the test. As a rule, the corresponding symbol appears in the right place exactly when it is needed. This feature only occasionally does not work. For example, the Amazon account, which does not change regardless of the country setting, could not be recognized. The reason for this, however, is that the account at Nordpass is stored with a different country code. Other password managers such as Last-Pass make this connection automatically. With Nordpass, however, even small changes in the address can disrupt or prevent automatic detection. However, Nordpass was able to successfully master all other registration and login attempts.

So far, features that go beyond the basic functions of password managers are missing at Nordpass. For example, one is missing Security center, that with numerous other programs, e.g. Avira, belongs to the standard equipment. The provider could use this feature to give users an overview of the general security of their passwords.

Corresponding features should already be planned. However, it is not yet clear whether it will then be possible to automatically change weak passwords, as is the case with Dashlane. This small selection may disappoint one or the other user, because Nordpass has a certain name and thus arouses corresponding expectations among customers.

The mobile use of the north pass

The app for the smartphone is also operated in the same way simply designed like the browser application. The user will also find the corresponding categories for logins, credit cards, notes and the trash. The data is permanently synchronized, which ensures that the data is always identical in both versions of the application. Only access to the shared data is not possible via smartphone.

If the user is forwarded directly to the respective website via their logins, the system browser of the mobile phone opens. This is where the application's autofill function proves to be extremely reliable, because all logins are recognized in the test. However, there may also be problems in the mobile version if there are slight deviations in the web address.

This is how the North Pass is set up

With Nordpass, all of the user's records are managed exclusively in the browser because there is no desktop application, as is the case with Dashlane, for example. But the Nordpass can be used extremely easy to set up.

Step 1: In the first step, the user only has to register and install the extension to which the NordPass website directs the user to.

Step 2: The user then has to install the NordPass Background App and log in to the browser window.

Step 3: Now he still has to confirm his identity, which the user does with the help of a six-digit password that is sent to him by email. He then sets the master password for managing his data. 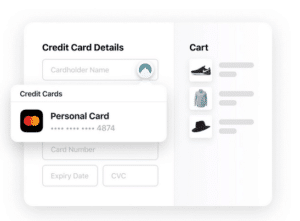 If a user who has previously used a different password manager changes to NordPass or has already saved one or the other login in the browser, he will probably be the first to use this data import. Nordpass makes this relatively easy for him because the application supports various programs and browsers. These include, for example Bitwarden, Roboform, Ipassword and LastPass.

The user then selects which credit cards, notes and logins he would like to import into Nordpass in order to complete the setup. In the test, importing LastPass files worked extremely well without incorrect assignments. This makes Nordpass very different from other password managers, who often have to correct the data records by hand.

However, beginners in the world of password managers will probably miss an introductory tutorial. And one too German voice output does not yet exist. Publication of the application in other languages ​​is planned, but so far there are no specific details.

How is safety at Nordpass?

The encryption is done with the Nordpass AES 256-bit standardthat guarantees the highest level of security. The reason: The logins are encrypted according to military standards.

The Two-factor authentication makes an even better protection against unauthorized access possible. If a user wants to use this feature, he can use various authenticator apps, for example Authy, Duo Mobile or the Google Authenticator.

The user is responsible for determining how secure the master password is. There is at Nordpass with the Recovery code but a kind of emergency switch. Because if the user loses his master password, he still has a chance to regain access to his account. However, the recovery code also represents a security risk if it gets between the fingers of unauthorized persons. In any case, this code should be kept as safe as possible.

In terms of security, Nordpass differs from comparable programs on the market: in most cases, these work with the Advanced Encryption Standard specification, while for Nordpass the Encryption algorithm XChaCha20 is being used. This is considered to be less susceptible to cyber attacks.

The support for north pass

Although there is an FAQ area for the application, it is relatively sparse. If a user needs support, he can via e-mail Contact the support team. Here the questions are answered within 24 hours, but the user may have to ask a second time.

So far there is no live chat for direct contact with the support staff, which is also set to change in the future.

The price for the north pass

How much the user has to pay to use Nordpass depends on the period for which they take out a subscription. Currently the prices are sufficient from 2,22 euros per month to 4,46 euros per month. Users drive the cheapest if they opt for a two-year subscription, which is 50 percent cheaper than the monthly subscription.

The conclusion to the north pass 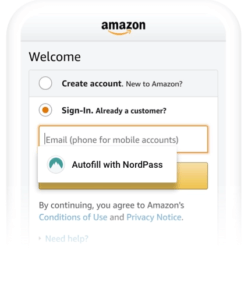 At first glance, Nordpass is part of the NordVPN and therefore does well accordingly. This applies at least to those areas in which the sister programs also cut a good figure. The application convinces with a coherent design and easy operation. Switching from another password manager to Nordpass is also very easy. Because the data import usually works completely smoothly.

What is surprising, however, is the comparatively sparse configuration of features. One is sorely missed Security dashboard, which is just as clearly designed as the application itself. Because this makes it much easier for users to keep track of how strong their account actually is.

The provider, however, restricts itself to the password manager essential functions. The user would probably have expected a little more momentum here after NordVPN has an excellent name in the VPN area.

However, if the user can do without the security dashboard, he gets one well working password manager.